My husband wanted turkeys, so we purchased a grown breeding trio from other homesteaders. Beautiful birds. We built a handsome, sturdy enclosure for them. It’s a place to keep them the first week until they’re acclimated. A safe place after the first week. A place for food, water and roosting.

The night the turkeys arrived, and the night we set up the coop, was horrifically windy. Well, it was Oklahoma prairie plains windy. That’s where we live, after all. The tarp we secured over the coop pretty much blew away. The next evening we went out and tarped it well, securing every grommet with zip ties. Shelter from wind and rain and sun, right? Yeah, you’re probably ahead of us on this.

Ooooooklahoma, Where the Wind Comes Sweeping Down the Plains

Yesterday morning the birds were doing pretty well. Except for Pulgita escaping through the cattle panel sides of the coop, repeatedly. We draped the panels in bird netting and remedied that. Then about midday my mom looks out the window and says, “The coop is gone.”

Of course I said, “No it’s not.” I was calling my mother a liar. I’m such a bad daughter. Then I looked out of a different window and saw the coop.

Yeah. It blew right over the fence into the pasture. By the time my husband got home it was near the road, in the ditch. We managed to load it on the back of the pick up and haul it back. It’s in pretty bad shape.

But Wait! There’s More! And It Gets Worse.

This time there are no photos. Our lovely livestock guardian dog, Snow, got into the fenced front yard and attacked the tom turkey. There’s no floor on the coop, so it just lifted off and over the birds. They were fine. They were roaming in the fenced front yard. Snow hadn’t yet been properly introduced to them, and he’s a bird killer if the birds don’t belong.

Really. He leaves roaming duck and geese alone. He knows they’re ours and are to be protected. But he didn’t know that about the turkeys. Terry, the tom, had huge chunks taken out of both thighs. It looked very, very bad. We put him in a big dog crate after spraying him down with Bactine. He didn’t make it. He passed this morning.

The girls, Pulgita and Jemima, perched in a tree while the carnage was happening. They came down once I got home and spent the evening on our front porch. Pulgita laid an egg. Then they perched in the tree for the night, and are back in the front yard this morning.

What Will We Do About the Turkey Killing Dog?

Snow is a good dog. He does a great job guarding livestock. He wants to please and protect. Last night my husband had a long, serious conversation with Snow about the turkeys being ours, that they’re to be protected. Snow assumed the submissive position. Tonight Chris will show the tom to Snow and express great sorrow. We won’t punish the dog. We’ll make sure he knows what he’s supposed to do. I’ll let you know how it goes. I know it sounds hinky, but these dogs are smart and intuitive.

And, for now, there’s a turkey egg under my broody goose. Just the one. I’ll be collecting the rest of the eggs for a friend’s incubator. Hopefully they’ll have a tom or two hatching for us, and they can keep Pulgita and Jemima’s hatchlings.

Stay tuned! In April we’ll be the proud new owners to two LaManche goat doe kids! Hopefully we’ll breed them in the fall of ’19 and have milkers and kids! And my ducklings are growing like crazy, making a mess everywhere. Another little flock to introduce to the dogs. 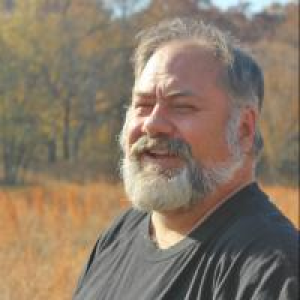 This account is the admin for this site. Please feel free to contact me if you need assistance.
View My Other Posts

2 thoughts on “Homesteading is Hard”

You are here Home » activity-comment » Homesteading is Hard